Following the success of the 2013 (SSAFA, Royal British Legion and ABF The Soldiers’ Charity) Herefordshire Military Charities Concert, musicians from across Herefordshire will once again be performing at Herefordshire Cathedral to raise money to help support Herefordshire’s service and ex-service men and women and their families.

Leading firm of chartered accountants and business advisers Young & Co who have offices in Hereford and Malvern are proud to be one of the sponsors for this year’s concert . The firm has a long association with the armed forces providing advice to service and ex-service men and women from across the County. Simon Moody, Senior Partner at Young & Co said,

“We are absolutely delighted to be sponsoring this year’s Herefordshire Military Charities Concert. We feel it is important to lend our support to the men and women to whom we owe so much.”

This year’s programme will feature performances from The British Police Symphony Orchestra celebrating their 25th Anniversary Year, and the Cantabile Girls’ Choir of Hereford Cathedral School, outstanding finalists in the BBC Songs of Praise 2014 Choir of the Year competition.  They will also be joined by singer Claire Prewer. The concert will feature popular works by Copland, Schubert, Elgar, John Ireland, Vaughan Williams, Faure, Dvorak, Butterworth and a world premier of a new work by composer Michael Neaum and will conclude with a rousing selection of favourites often performed at The Last Night of the Proms including the Fantasia of British Sea Songs by Henry Wood, Rule Britannia! By Thomas Arne and Elgar’s Pomp and Circumstance March Number 1 which features Land of Hope and Glory.

The evening will be compered by BBC Antiques Expert, Kate Bliss who will be familiar to followers of the programmes Flog It and Bargain Hunt.

Ticket prices start from £5 are available from The Outback (Church Street) The Telephone 01432 275063 and the Cathedral Shop 01432 374210. The ticket price includes a quality Souvenir programme. 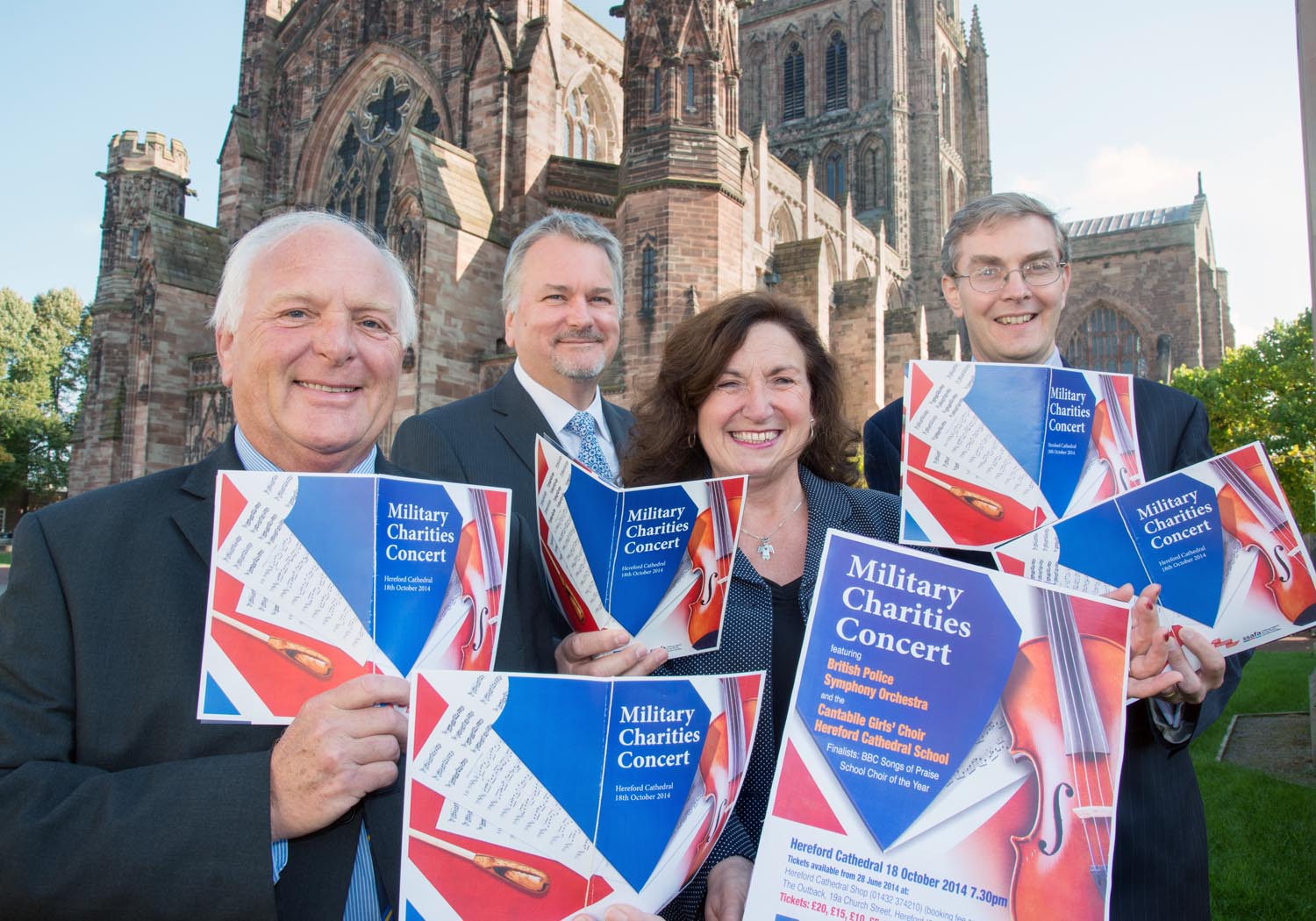